The Prime Minster of Document Governance, she is alive and well. 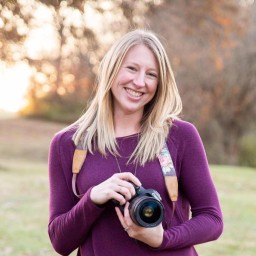 Have you met the CEO of MySmartPlans, Shelley Armato?  If you cannot remember, then the answer is NO.  If you said yes, you will have a vivid picture in your mind of her passion, her resilience and her care for the world. Shelley has three missions: family, peace of mind and the ability to succeed.

As I was interviewing her, I was alarmed at what she has put up with in the industry.  Shelley is proclaiming there is a better way! Most contractors are not your friends and lying and cheating to get a change order will cost you dearly.  Shelley is a powerhouse, and she is a voice for good.

I first asked Shelley how she got to where she is today. Incredibly, she started running a business on her own at the age of 21. She laughs at those who said she is unemployable; she smiles because she has always been a voice for good. And in some instances, companies are not happy with that attitude.  Her first job out of beauty school, she caught the owner of the salon stealing from another vendor. She did not walk away, she confronted him, he fired her, she laughed and said you will be in my movie one day!

Her life is nothing short of a movie, she raised 3 kids by herself, she has 6 amazing grandchildren, and lives a life to serve.  Shelley is the founder of The Courage Coalition; she believes that if one person shares their courage, they can change the world.  Shelley laughs, “I was being set up to transform the construction industry” and that takes muscle she obviously has!

My inspiring interview, lead me to my main topic, how did she start this business?  Why did she start MySmartPlans?  The story is alarming, her husband was the largest commercial painting contractor in Kansas City. He was constantly in construction chaos, he lived his life with two pagers, and two cell phones. He managed chaos by doing favors for the general contractor (GC). They manipulated him greatly, but that is what he had to do to win business, “pluck the chicken,” and support all his union employees.

Until one day, he was asked to bid a large government project, he agreed, the price was negotiated, he was asked to bond the project (tie his personal wealth as insurance as well).  The GC was a terrible disaster, he had not intention of supporting the project with organized data. He had only one interest; seek, steal and destroy, to fill his pockets with profits and walk away.  They closed her husband’s 45-year-old company after this project, enough was enough! This was a Corp of Engineers project; the lack of transparency and accountability was alarming.

Fast forward, Shelley took their financial disaster and created a multimillion-dollar tech company, MySmartPlans which disrupts the good ole boy’s network. She smiles and tells me about presenting to Ohara International, the room was speechless with her deliverable system, until one voice in the back of the room said, “You are going to make the mafia mad.” She said “probably, but I made my dad mad, so I guess it cannot be any worse!”

The conversation moves to, what really goes on in these projects. Her company is the “gate keeper,” of all data, clean organized construction data. On one project the GC wanted them to change meeting minutes and reporting information before it was sent to the owner!  Truly. This same company tries to bring her down, this same company tried to get MySmartPlans to open closed documents to make unauthorized changes!

MySmartPlans has revolutionized construction, I asked Shelley why the push back, I was surprised with her answer. People are not equipped with leadership skills to have critical conversations, holding people accountable.  Her clients know what needs to happen, however looking the other way has been a standard in this industry.  Shelley knows keeping people honest, and projects running smoothly is the wave of the future.

Shelley tells of a large company in her own city, patting her on the shoulder and saying, “honey you couldn’t handle all our business.” Shelley laughed and replied, “we already support more projects than you have built!” They recently reached out for a meeting.

If you do not know a superhero look Shelly’s way! If you cannot find the courage to have critical conversations in construction, consider your job on the line. MySmartPlans is the fastest growing information technology on the market, lead by an amazing woman on a mission!

What is the “Real Number?”